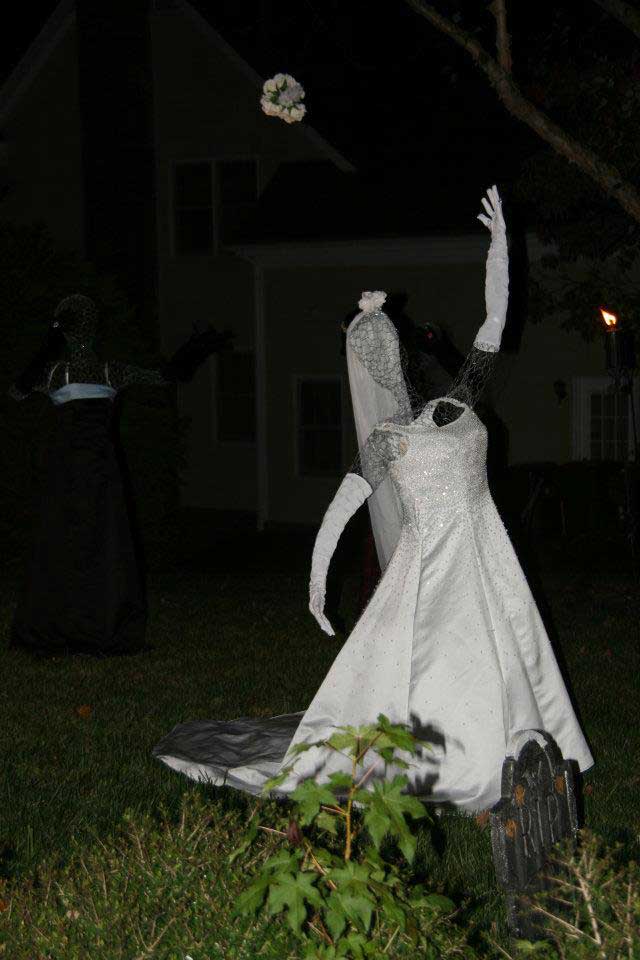 Two years ago, in early October, I found my husband, Stan, in the garage, fondling a pair of chicken wire breasts.

“Do you think these are even?” he asked.

For a moment I thought maybe we’d gone too far.

But the feeling passed. I examined them with a critical eye. “I think they’re perfect.”

The chicken wire breasts were part of a chicken wire bridesmaid, who was part of a wedding party constructed of PVC pipe and wire. The wedding party ended up dressed in thrift store formal wear as part of a “Haunted Wedding.” The bride, her groom, and two bridesmaids created an eerie scene in our front yard. In the darkness of Halloween night, their frames were almost invisible, so the dresses and suit appeared to float in the air. Earrings dangled from an absent head. A gloved hand held a champagne flute high in the air. The scene captured the bride throwing a bouquet in the air, while bridesmaids waited with outstretched arms, invisible except for the long white gloves.

Mysteries of My Father

The Night of the Rooster

The Population of Me

Full Grown People, October, 2014. A boy and his ugly puppet.